Our Irish, South Milwaukee and soccer roots run deep. We opened in 1995, and more than 25 years later three generations of Morans are involved in the pub. And our historic building, recently renovated, tells its own unique story.

Our story begins with James’ grandfather, Jim, a World War II veteran from Belfast, and grandmother, Christine, from Dublin. They married in 1949 and had children. One of them was Jim Moran, James’ dad.

Jim grew up in Birmingham, England, and after a refrigeration apprenticeship moved to the U.S., where he opened the doors of Moran’s Pub with his wife Joan in 1995. James followed his dad and stepmother to the U.S. in 1996 at the age of 20, attending and playing soccer for MSOE and the Croatian Eagles Soccer Club. He also launched the Milwaukee Soccer Development Group in 2012 to support growth of the game with underprivileged kids in his adopted city.

In 2015, James started working at the pub, and he bought it two years later. Soon after, James’ rebranded it as a destination for sports fans of all kinds.

Today, Moran’s has something for everyone, from soccer matches to pool leagues, and has grown to be more than a gameday decision. It is a beloved community space for friends, families, and neighbors of the South Milwaukee community and beyond.

Want to learn more? We like how our story is told in this OnMilwaukee.com article.

Our family history comes to life at the pub, with family photos on the wall and a Moran likely behind the bar. (James works most nights, and a third generation of Morans, Emma, James’ daughter, is also a bartender.)

This OnMilwaukee.com story tells the history of our building best, as it transformed from a real estate office to a bakery, confectionary, ice cream parlor and lunch room to a pool hall to a restaurant and cafe. Go-go dancers danced here at one point, before it was known as the Bee Hive Tavern, the Country Inn, and Ed and Dean’s. 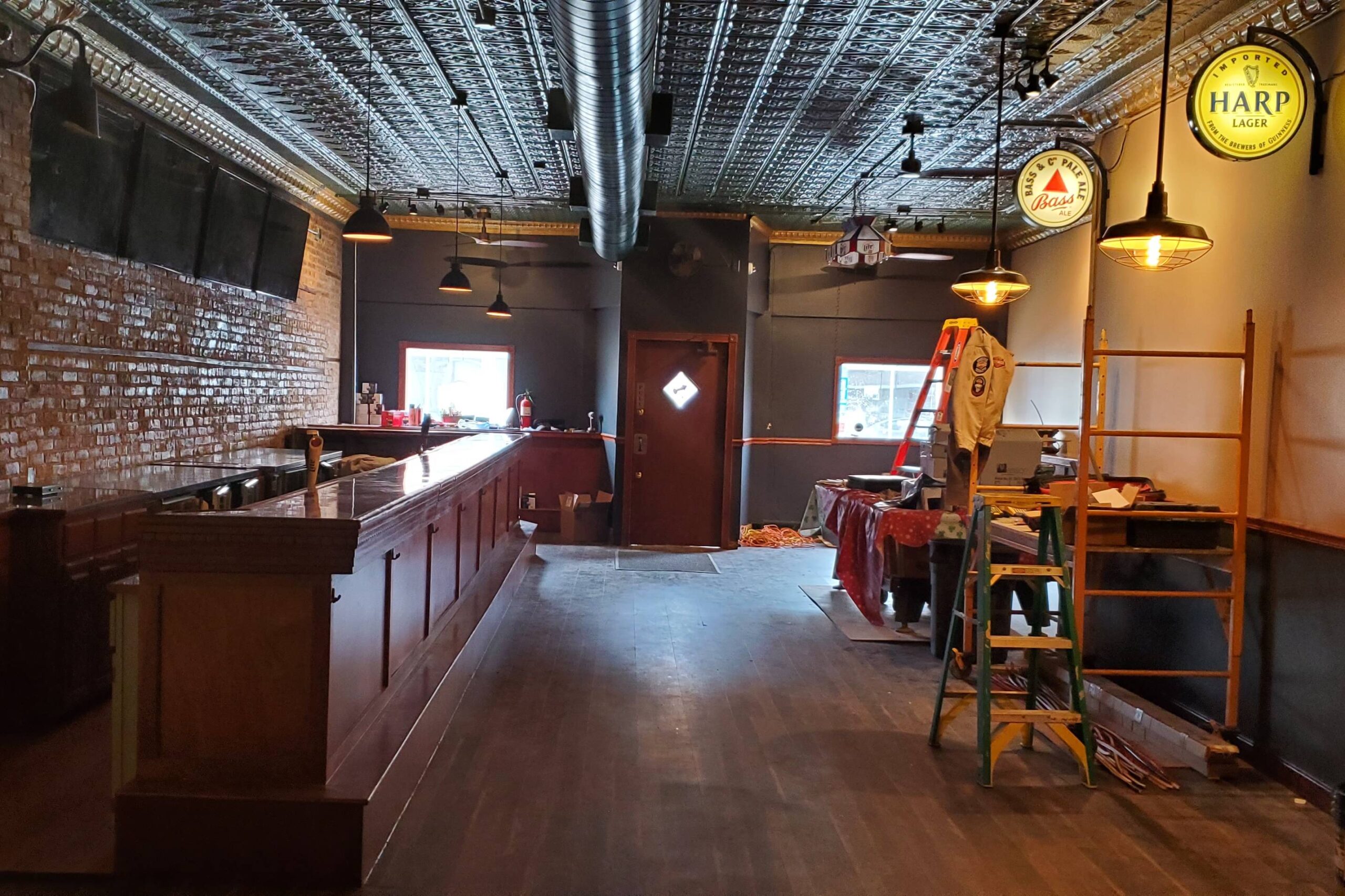 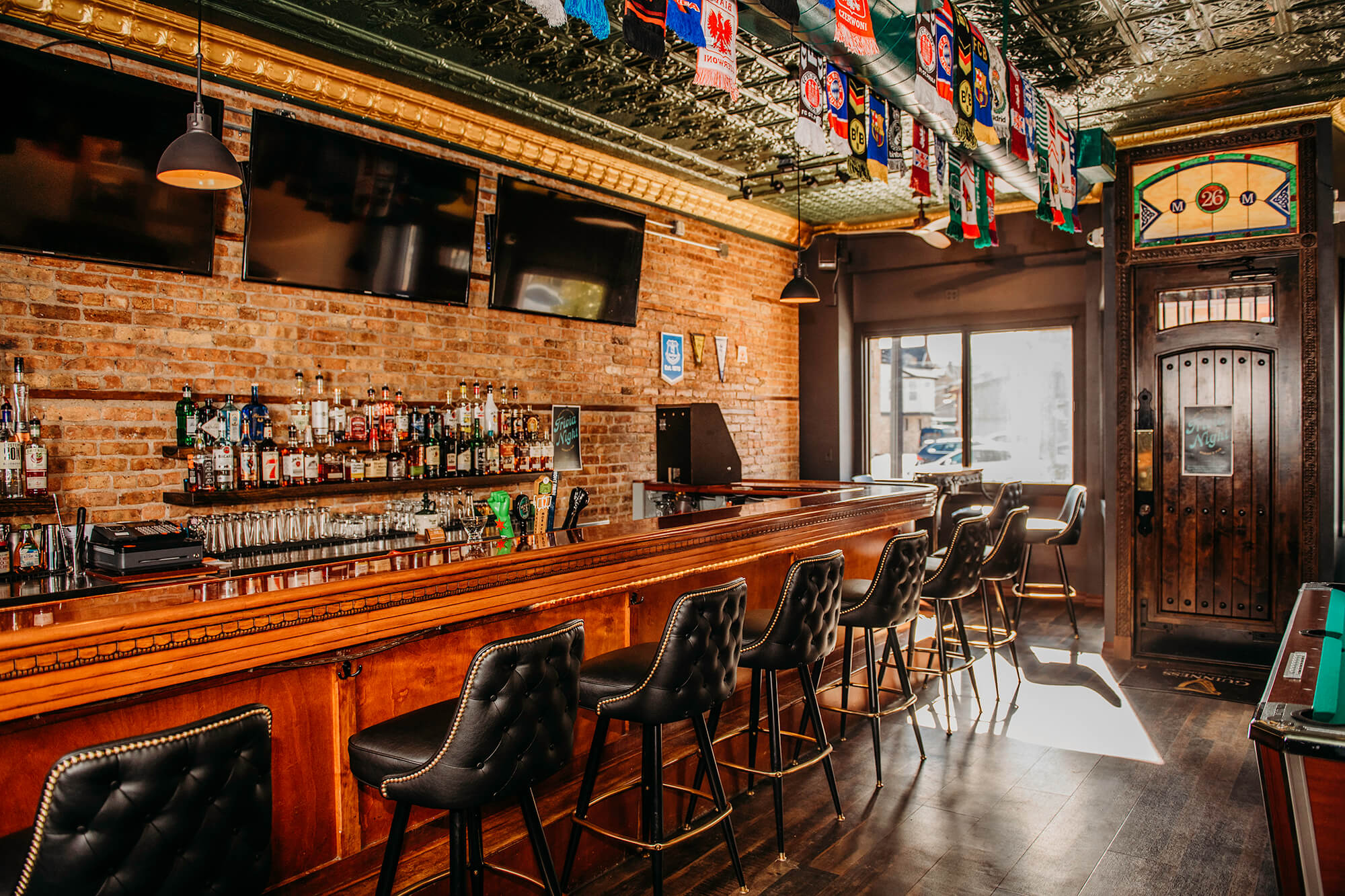 Our $250,000 pandemic renovation brought the building’s history front and center, as we reclaimed its large front windows, beautiful tin ceiling and Cream City brick. We also added new floors, a new roof in the back room, new electrical, exterior brick restoration, new interior colors, new lights and new fans. The bar was sanded, stained and varnished to resemble the building’s look from the 1920s. Local artisans made our one-of-a-kind tables and chairs.

The most striking upgrade came with the facade. See for yourself. 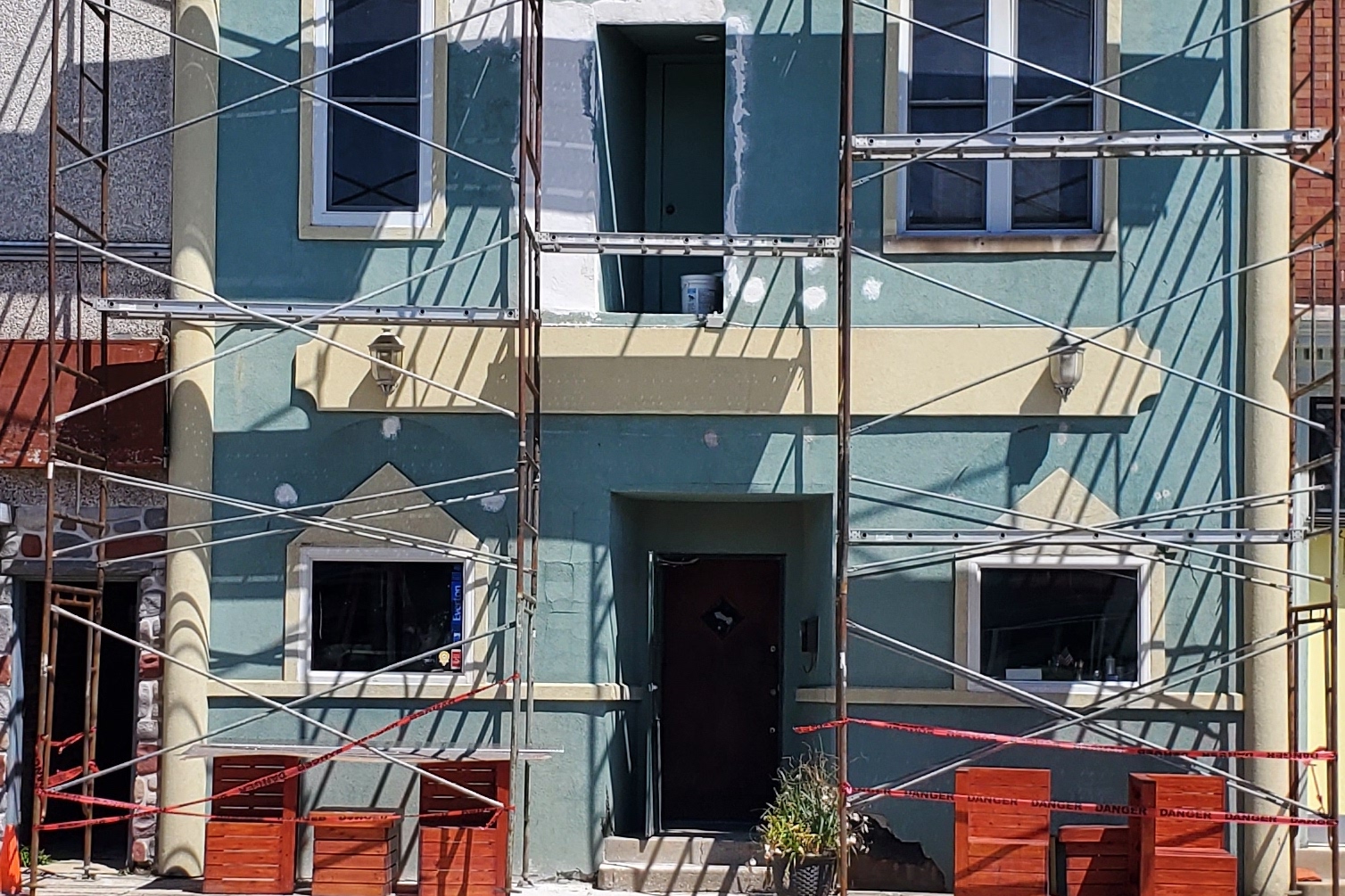 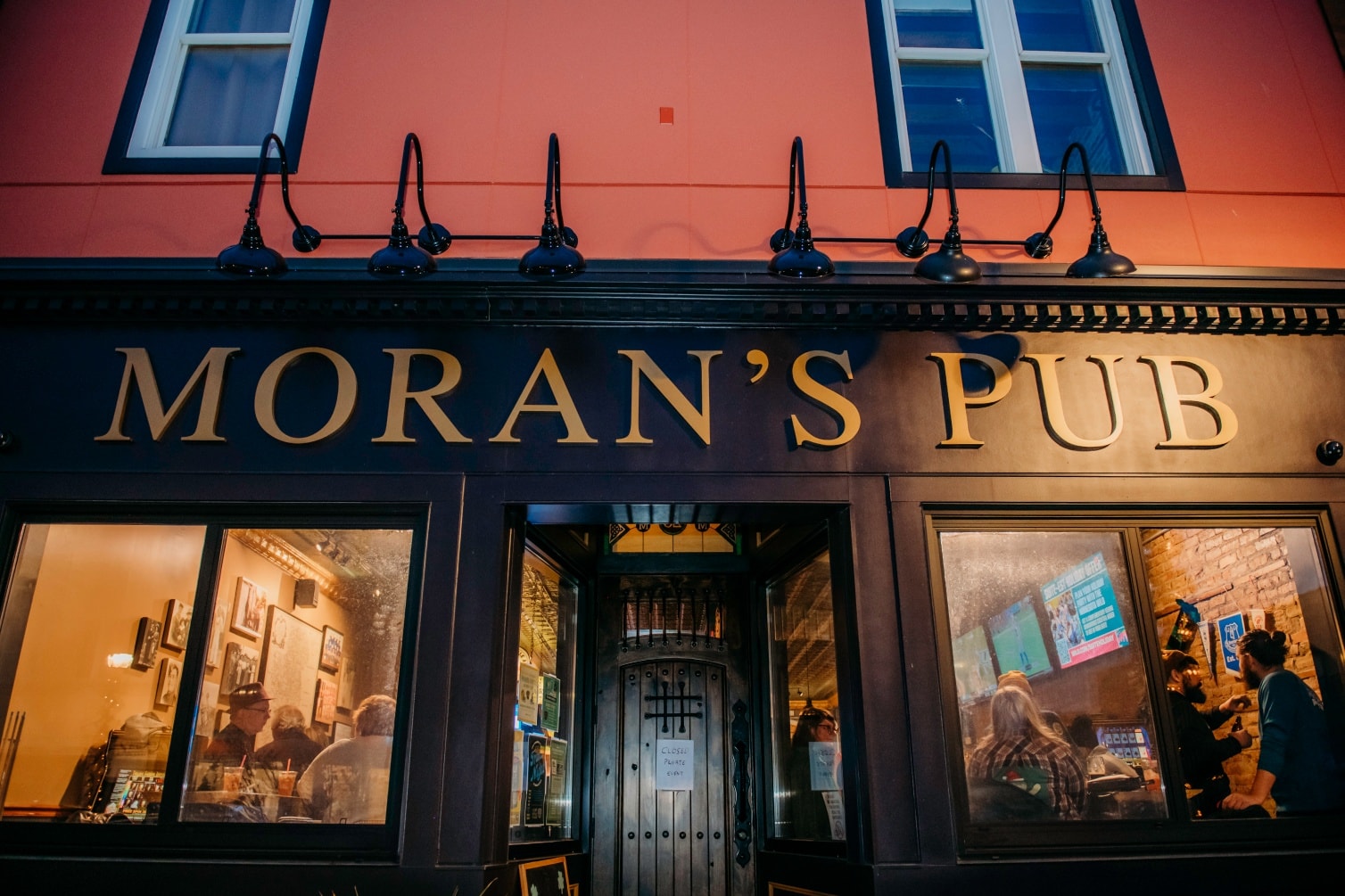